Decaf coffee is the subject of blasphemy for some coffee afficianatoes, but the more health-conscious amongst us rely on it for a good night’s sleep or to maintain their blood pressure. Read on to find out how decaffeinated coffee is made and how good it really can be for you.

How is Decaf Coffee Made?

Decaffeinated coffee is a mystery to many coffee lovers, simply on the basis of how the caffeine is extracted from that little bean? The answer is about using water and science to remove as much caffeine as possible but to leave behind that coffee taste.

It is widely believed that the process was discovered in the 20th century when coffee beans were soaked in transit aboard a ship, and this naturally extracted the caffeine. Soon after, the enterprising merchant seafarer who made the discovery started making decaf beans using a solvent called benzene; a chemical that is found in petroleum and volcanoes.

Coffee, whether made from decaffeinated coffee or not, is packed with antioxidants. In many cases, coffee made with decaf coffee beans compared to its caffeine-rich counterpart both have the same nutrients. Both contribute magnesium, potassium, niacin, and vitamin B3. Decaffeinated coffee beans may contain less nutrients in some cases, depending on the quality of the brew. In both cases, whether decaffeinated or not, that cup of coffee has very few calories.

The process of making decaffeinated coffee does not remove all of the caffeine. There is a residual component that usually remains, but this is still much less than a cup of coffee that is not decaffeinated; 3% as a maximum. It may not be caffeine free, but it is still heavily caffeine reduced which can make a major difference if you’re having a large volume of coffee throughout the day.

Pros and Cons of Decaffeinated Coffee

Years of marketing and product placement have often told us all that decaffeinated coffee must be the better health choice, but we must ask from time to time; is it?

There are some suggested health benefits that are associated with that cup of decaffeinated coffee. The following are a few of the main ones that may be seen as beneficial.

Decaf coffee beans have a bad reputation; a leftover from the days when benzene was used in the filtration process to make it. These days, most methods of making decaffeinated coffee are considered safe. That being said, the use of methyl chloride or ethyl acetate could easily concern many coffee drinkers in the first place. The best answer is to find a reliable coffee roaster near you, and find out if they know how their caffeine is removed for their decaf brew.

Advantages of Caffeinated Coffee Over Decaf

Caffeinated coffee has a long list of health benefits over decaf, but that doesn’t necessarily make it the healthier choice. There is not a wealth of research available on decaf versus regular coffee. Most studies that have been done with coffee don’t take decaf coffee beans into consideration to start out with.

Who Should Drink Decaffeinated Coffee

Anybody could drink decaffeinated coffee. People who suffer from reflux or heartburn after their morning coffee could be good candidates for the switch to decaf. So too are those of us known for addictive behaviour, and those of us who may drink a lot of coffee everyday. Anyone can drink decaffeinated coffee, the question comes back to you and what you enjoy the taste of. Drinking coffee is a matter for enjoying and savouring the taste of the brew, not about the need for caffeine. If it tastes good, brew it!

All Coffee, is Good Coffee

The best cup of coffee is the one that’s sitting in your hand. Whether it’s that first coffee from the French press after you’ve woken up to an omelette for breakfast in bed, or that last espresso that you’ve ordered after you’ve finished your meal; coffee is a wholesome part of life. Decaf coffee is suitable for the coffee lovers amongst us who need to ease up on the caffeine but still satisfy that coffee taste. 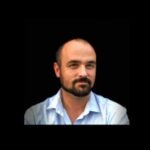 Jimmy-James is a husband, father, salesman, marketer, writer, and human being by day. He enjoys the taste of coffee as well as the inherent experience of a cup of coffee; the ritual of making, the conversation while enjoying, and the memories that are facilitated by the brew.

1 thought on “Decaffeinated Coffee – All You need to know” 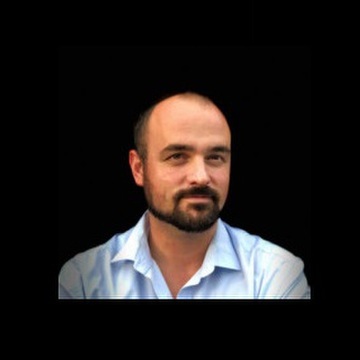 Jimmy-James is a husband, father, salesman, marketer, writer, and human being by day. He enjoys the taste of coffee as well as the inherent experience of a cup of coffee; the ritual of making, the conversation while enjoying, and the memories that are facilitated by the brew.